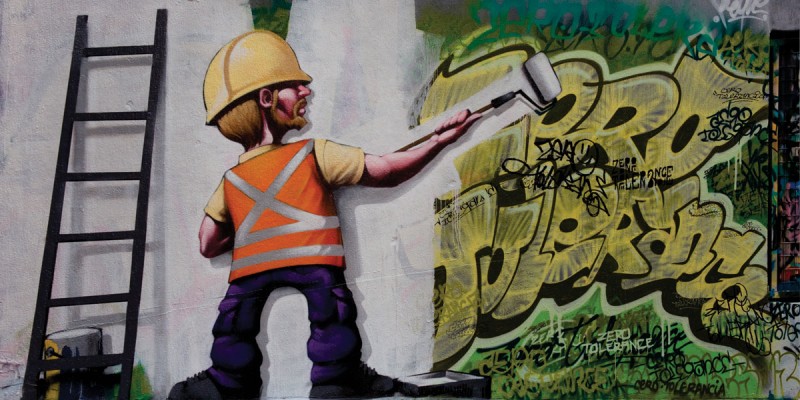 Australia’s now-sliding reputation for clean business has rested on laurels achieved in a less globally connected past. Its four-year slippage down the international corruption perception rankings has earned a reprieve, thanks in part to recent false accounting legislation. But is change too incremental, too indecisive, to mobilise collective self interest on corporate corruption?

This first of a 2-part series considers corporate corruption in the context of Australia’s globally connected contemporary business landscape and ways this could be strategically addressed.

There has been a decisive shift in what determines companies’ license to operate – that is, their right to operate – in the contemporary global order. This is most powerfully seen in requirements for companies to account for their environmental, social and financial impacts with their diverse stakeholder communities, and includes how companies anticipate and deal with corruption. The accountability stakes are high and will continue to climb as more companies operate in locations where their systems and practices make them vulnerable to falling foul of corrupt practice such as third-party and facilitation payments or bribes.

Businesses that fail to plan for and manage corruption risks across their processes and activities risk:

Corruption risks to businesses do not only apply to traditional, global ‘first-comer’ corporate giants. Even though they overwhelmingly fly under the public radar, non-traditional micro, small and medium companies form a massive component of Australia’s contemporary landscape of global operators.

Not counting forms of global business engagement like foreign direct investment or joint ventures, the latest Austrade overview of Australian exporters reveals that over 87 percent of the value of exported goods is in the hands of 1 percent of (large) Australian businesses, representing massive, complex networks of employees and supply chain operators. However, 79 percent of exporters are microbusiness (about 0.6 percent of the value of goods exports) and 20 percent are SMEs (12 percent value). All of this likewise represents massive, complex networks of employees and supply chain operators and corresponds to an opaque landscape of corruption due dilligence and governance. The risks that corruption brings are a reminder that raw percentage value figures notwithstanding, the socio-economic damage caused across the whole business landscape when companies fall prey to corruption, goes far beyond the value of the goods and services.

Depending on whom you’re paying attention to, the messages tend to swing from ‘Australia is weak on corporate corruption – look at the rankings’, to ‘Australia has the regulatory and enforcement agencies in place – let’s just tweak it’. The correct response, as always, lies somewhere in the middle. And public buy-in on how corruption affects our businesses and our community needs to be galvanised by high quality, penetrating reporting and analysis.

Descriptions of persistent inaction from governments who have dragged their feet on bringing anti-corruption measures up to speed have helped build a public discourse that says Australia is weak on corporate corruption globally and faces an immediate threat to its competitive advantage as a ‘clean’ place to do business.

When officers of the federal regulator Australian Securities and Investments Commission (ASIC) routinely state that it lacks a strong anti-corruption mandate or experienced officers of the Australian Federal Police (AFP) officials are hampered in their corruption enforcement efforts by competing operational priorities, this rightly reinforces the perception of indecisiveness and will to move strategically on corruption.

Australia is looked to to lead anti-corruption efforts in the Asia-Pacific region and beyond. Perceptions of corruption or weak corruption enforcement erode this comparative advantage

Rio Tinto’s Jan du Plessis has observed that ‘public trust in the political class has fallen off a cliff edge’. While hyperbolic, du Plessis correctly recognises public demand for corporate accountability and for ‘get(ting) to grips with the economic challenges of our time’.

Australia’s reputational loss is partly based on unfavourable comparisons with the United States and the United Kingdom. As legislation and enforcement rise around the world and become increasingly aligned, Australia’s failure to step up to more decisive effort undeniably impacts its reputation with prominent bodies like the OECD, the World Bank and the United States’ Securities and Exchanges Commission (SEC). Instructively, it was the SEC which took the lead on the 6-year Beijing Olympics bribery investigation into BHP, while Australia’s regulatory and enforcement bodies lacked the muscle to do so.

Australia’s corporate anti-corruption landscape and challenges are a convergence of cultural values, behaviours, economic and political structures, institutions, and histories. Crude comparisons with world’s better practices are not helpful to get to the heart of Australia’s anti-corruption foot dragging.

Rightly or wrongly, media reporting have shaped our perceptions of corruption. When global industry leaders like BHP, Cimic Group and the iconic Snowy Mountains Engineering Company (SMEC) are found to have engaged in corrupt practices, media reporting confirms and deepens this association between corporations and Australia’s anti-corruption enforcement inadequacies. The reputational risks for these companies are high across their huge and diverse stakeholder communities. Their reputational loss when found to have compromised their own ethical credentials drags Australia’s corruption reputation down.

Reporting following Transparency Internationals 2016 CPI release illustrates how media frame these perceptions. The complexities of corporate corruption oversight risk being simplified and misapplied by the media by such factors as:

The ‘big player’ focus also misses where corruption may be flying under the radar – among Australia’s small and medium enterprises. It is useful to consider where these non-traditional global players stand through the concept of ‘linkage, leverage and learning’, a model recently developed to explain how late-entrant businesses have achieved global commercial success.

Poor market knowledge and preparedness, may catch SMEs unprepared and leave them vulnerable to corrupt practices such as demands for facilitation payments.

‘Linkage, learning and leverage’ was coined to apply to late-entry businesses from developing countries, but many Australian companies have in fact applied the same approach. Companies can leverage their partnerships with early global entrants, learning from them and adapting strategies to improve their internal processes, such as developing internal corruption systems and practices.

However, SMEs are particularly vulnerable in uncertain macroeconomic environments, where regulatory mechanisms are weak and compliance approaches focus on punishment rather than encouragement to develop anti-corruption mechanisms.

‘Linkage’ – or rather, the lack of it – also points to weaknesses like poor or tenuous market knowledge and preparedness. Unprepared, SMEs are left exposed to corrupt practices such as demands for facilitation payments, or unprepared for changes to corruption enforcement in countries where they operate.

SMEs remain underrepresented in international forums, leaving them disadvantaged in access to knowledge, partnerships and best practice support. The Export Council of Australia has drawn attention to these systemic weaknesses, flagging future challenges for establishing systemic anti-corruption practice and oversight.

Approaching companies’ corruption weaknesses from a ‘linkage, leverage, learning’ perspective illuminates existing and latent challenges for Australia’s corruption enforcement and deeper reputational risks in the future if they are not understood and addressed.

EY 2015, Managing Bribery and Corruption Risks in the Mining and Metals Industries, <http://www.ey.com/Publication/vwLUAssets/Managing_bribery_and_corruption_risks_in_the_mining_and_metals_industry/%24FILE/EY-Managing-bribery-and-corruption-%20risks-in-the-mining-and-metals-industry.pdf>

PwC 2016, Assessing the risk of bribery and corruption to your business