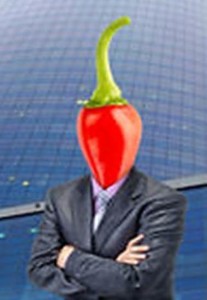 I was sitting down for lunch at a new Melbourne café with Samuel*, a CFO acquaintance, and we were considering our menu options.  Samuel was hemming and hawing while the waitress hovered.

‘Well, anything – so long as it’s not Asian,’ he finally said.

After helping him narrow down his choice to a pan cubano with pulled pork and caramelised onions, I asked him why he didn’t like Asian food. ‘You do know you’ve cut out half the world there,’ I joked.

With a self-deprecating gesture, Samuel laughed and agreed. Egyptian by birth, he’s lived in Melbourne, Australia for the past 25 years and worked mostly in multinational firms, including a Danish telco, then a German manufacturer, then a Singapore-based firm. All of his roles involved extensive travel and building business relationships over social get togethers.

‘So I was going out for business dinners all the time. And I found the food situation really hard! I honestly can’t help it – nothing against it but I just can’t handle any kind of Asian food. But I couldn’t afford to offend my hosts – you know, I’d lose business relationships if I went around saying: “Sorry, I only eat Western or Middle Eastern food”’.

‘I imagine that could actually be pretty distressing for you’, I said. ‘So how did you manage it?’

‘So,’ Samuel said, ‘I’d try to pick the least Asian-looking thing on the menu. That sort of worked. But it still tasted Asian-y. So then I’d add loads of chili. I really love chilli. That covered up the flavour enough so I could manage. My hosts were happy and I never lost a business relationship over dinner! Kind of killed my taste buds, though.’

Some chili sauce please…now we can talk business.

I was impressed. That was cultural adjustment on a quietly heroic scale! Without fanfare or fuss, Samuel had come up with his own solution to a real cultural and business dilemma – how not to offend people when it comes to deeply engrained preferences and rituals around food and drink.

When out and about in different cultural settings with your business partners or clients, social occasions present many on-the-spot mini-minefields. I can still feel the distress I felt myself when, intepreting some years ago for a Canadian delegation in a small village in El Salvador, I was offered a bottle of Coca Cola to drink. This exceedingly poor village had been bombed out during the Salvadoran civil war and was slowly being reconstructed, through a Canadian funding partnership. The village council had gone to enormous expense and effort to provide a wonderful al fresco lunch – including a crate of Coke – just for us, the delegates. However, I have Type 1 diabetes and I have to monitor carefully what I eat. Coke presents special problems, as do other insanely high-carbohydrate, honoured-guest treats. What should I do? Scenarios flashed across my mind in a second. Would a ‘no’ offend our hosts…and what might be the result?  I accepted the drink with smiling thanks, took a few sips, then (with a feeling of sneaking shame that lingers today) concealed the bottle against a chair leg.

I can appreciate the funny side of it, though, and Sam certainly did when it came to his salsa-laced business relationship building with international clients. And the business outcomes spoke for themselves.