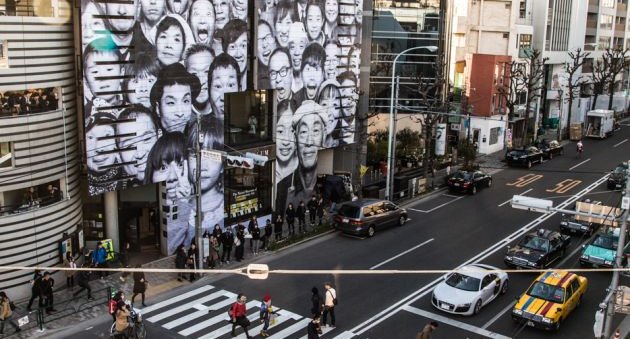 Despite a ‘perfect storm’ of economic, social and geopolitical challenges in a changing world order, Japan is capable of finding solutions by being culturally authentic to itself.

When considering Japan’s economic, social an geopolitical challenges, two phrases come to mind. The first concerns the meaning of globalisation itself, as not only a shift to economic interdependence across borders but also ‘a kind of global order, marked by rules of the game of the dominant powers’.

The other phrase is: ‘When adapting, stay true to yourself’.

Both phrases touch on the power dynamics at the heart of Japan’s globalisation challenges. The first phrase reminds us of the underlying coercive elements of these power dynamics in a world where Japan’s dominance is fragile. With painful self-awareness, Japan seeks to engage and reassert itself politically, diplomatically and economically on the world stage.

The second phrase encapsulates the important point that Japanese businesses grew to global strength while retaining cultural authenticity. Toyota was a leading example of successfully incorporating American managerial techniques into the culturally feasible Kaizen (‘change for better’ 改善) approach. This helped propel Toyota to the top of global company rankings and is emulated globally to this day.

Once-admired ‘Japanese’ attributes that fostered Japan’s success internationally sit uncomfortably in today’s globalisation world order. However, over time, these attributes have been ‘reinterpreted as rigidity, risk averseness, and a general inability to deal with a new era of innovation’[4]. In today’s world order where once again Japan is not writing the rules, Japanese players are trying to reforge its own global success story. At the same time, its considerable efforts to do so and successes in adapting tend to be overshadowed by negative outcomes.

Externally imposed, ‘shoulda, oughta’ recommendations for Japan’s economic and social turn-around may be technically sound. Yet they are simplistic before a perfect storm of

The recent global mergers and acquisitions drive is a case in point. Taking off around 2013 under ‘Abenomics’ 3 arrows economic stimuli (monetary stimulus, fiscal flexibility and structural reform), Japanese companies triggered a mergers and acquisitions boom. This was underpinned by poor cultural understanding, lack of experience and low leadership buy-in. Probably more tactical than strategic, that boom is starting to decline. As a result, the decline is now seeing private equity firms picking over the remains of failed deals.

Japan can draw on its cultural strengths and authenticity

With considerable strengths that it can leverage, Japan is capable of finding its own solutions. Japan ranks consistently highly in the innovation stakes. It has a leading profile in international deal making and has experience and leadership serving digitally sophisticated consumers.

Japan’s ageing population is generally portrayed as a demographic catastrophe in the making. However, Japan has adapted with innovative approaches. These can serve as exemplars for other countries to consider as their own populations rapidly age. Furthermore, Japan retains robust domestic markets and remains a world leader in quality and service excellence.

The mergers and acquisitions case illustrates how, more strategically, companies could build on their deal-making strengths while working away at the much longer-term task of addressing leadership capabilities and cultural effectiveness.

Rather than Japan’s biggest firms, the sector to watch may be its small and medium enterprises (SMEs). These comprise a staggering 99.7 percent of Japanese businesses. SMEs that survived the global financial crisis and thrived, did so by investing in next-generation technologies related to the core business and securing their financial base. More selective Japanese government support for robust SMEs could include support to expand their markets internationally as well as domestically

Such fundamentally ‘home-grown’, rather than externally imposed, attributes may help prepare an environment that is more receptive to change. Solutions such as engaging with English language usage, addressing the separation between international and Japanese employers and adjusting visa policy settings may consequently prove feasible.

Over time, Japan will best rise to its challenges by leveraging the cultural attributes that have always served it well to adapt to contemporary imperatives.

This article is adapted from a paper written for the RMIT Masters of International Business.

To find out more about how you can improve business outcomes and turn communication failures to success in global and culturally diverse settings, call us or send an email to find out how we can help you.

Below, B 2016, The case of the shrinking country: Japan’s demographic and policy challenges in 5 charts, available from OECD Insights, <http://oecdinsights.org/2016/04/11/the-case-of-the-shrinking-country-japans-demographic-and-policy-challenges-in-5-charts/

Fukukawa, S 2016, The future of globalization stands at a crossroads, The Japan Times, 3 August 2016

Molinksy, A (2013) Global Dexterity: How to Adapt Successful Across Cultures Without Losing Yourself in the Process, Harvard Business Review Press, USA