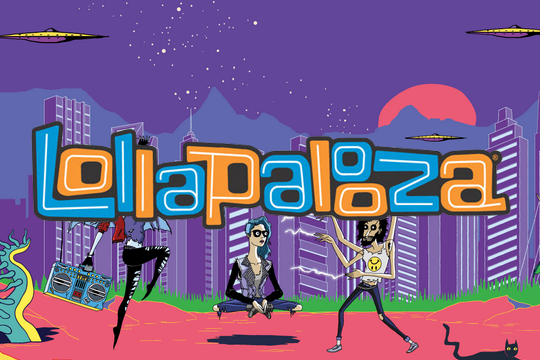 In this ‘websites around the world’ series, I’m sharing fascinating and useful insights into the kaleidescope of the world’s digital landscape, including how and why it’s evolved differently for different audiences.

After exploring China and Indonesia, we now do an intercontinental swing to Latin America, with a focus on Brazil.

Brazil is the world’s seventh largest and Latin America’s largest economy. It’s also one of the BRICS nations (Brazil, Russia, India, China, South Africa), a term coined by Goldman Sachs to reflect speculation that by 2050 these economies would be the world’s most dominant. 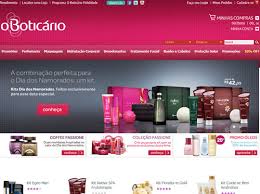 O Boticário, based in São José dos Pinhais in Paraná state – the world’s largest perfumery and cosmetics franchiser and a Brazil leader in online retail purchasing.

In their recent profile of Brazil’s ‘e-pysche’, ‘Grasping trends in an elusive market‘ McKinsey and Co observed that Brazil’s shifting digital landscape and demographics can seem inpenetrably complex. Brazil is a sophisticated, global digital giant, but variability and lag in key areas — from digital marketing through connectivity to online purchasing behaviours — may at first glance seem inconsistent or baffling. So here, you get to survey the scene a little more clearly. 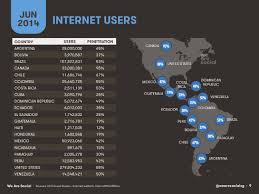 Internet penetration across the Americas

Internet in Brazil, in common with its Latin American neighbours and elsewhere globally, has allowed mass communication access and, more slowly, the growth of ecommerce. Telecommunications technology has allowed Brazilians to cut across the social and economic divides of this highly financially and socially stratified nation.The growth of mobile technology especially has allowed brasileiros to circumvent poor infrastructure, bureaucracy and corruption. 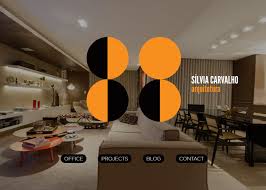 While it’s a cultural stereotype that Brazilians are fun-loving and social, this is undeniably borne out in their internet behaviours, especially when it comes to their epic online socialising. Facebook’s Vice President in Latin America, Alexandre Hohagen, mused in a Wall St Journal interview how Brazilians’ enormous penchant for chatting about sports, television programs and news translates brilliantly to social media:

‘Brazilians are inherently social people. [It’s] common for someone to start talking to you in the elevator or in a restaurant just to start a conversation…I think our culture…really makes people much more open to include and connect to friends.’ 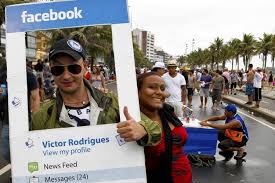 Brazilians’ social media, information and product search habits provide essential clues about product or service recognition and buy-in. Brazil’s 65 million Facebook users ranks it at #3 globally. Brazil is YouTube’s biggest market outside the United States by number of unique visitors, and globally, one of its top five markets by revenue. Meanwhile, Twitter Inc. rates Brazil as one of its top-five active user groups globally. These are highly significant platforms from which, by following the trends of Brazilian followers and harnessing their impressive e-socialising habits, you can develop strategies for your business brand or institution for penetrating your intended Brazilian audience or marketplace. 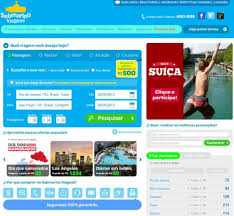 The travel and leisure industries are where Brazilian users feel perhaps most comfortable following the process right through, from information finding, sharing and, increasingly, to making online reservations and purchases.

Online pollsterStatista, profiling Brazilians on which websites they used to make e-purchases, found that in 2014 airline websites were the most visited for e-purchasing, at 15 percent. 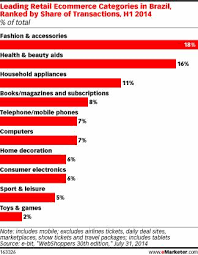 So why aren’t Brazilians shopping more on the Internet? McKinsey & Company’s McKinsey iConsumer identified three key cultural barriers: a) an ingrained ‘I’ll believe it when I see it’ preference to see, touch and feel something; b), trust — for instance, distrust of the intangible in e-commerce and more so after a bad early experience; and c) impatience with waiting.

Brazilians’ impatience with waiting and what they see as preventable delay evolved in part from troublesome, contrary elements of Brazil’s legal systems, bureacracy and corruption. Brazilians often employ what they call ‘jeitinho brasileiro‘ (the ‘Brazilian way‘) to find alternative ways to reach what they want when they want it.Jeitinho brasileiro behaviours include inventive queue-hopping and dislike of the waiting for delivery…especially when it gets held up.

In Brazil, with its broadly collectivist cultures, ‘in-group’ behaviours and longstanding patterns of corruption and impunity, users place a high premium on trustworthiness. Together with brand buy-in, trust takes time to develop. Many Brazilian users therefore continue to opt for the ‘best of both worlds’: digital techology to compare products and get recommendations from friends; and in-person store browsing and purchasing.

The recent steep rise of smartphone purchasing — a significant phenomenon in itself, with more affordable Android devices increasingly available — is driving the rise in internet engagement and product purchase. Smartphone ownership is still dominated by more affluent Brazilians, at somewhat over half of Brazil’s upper and upper middle economic classes. But smartphone ownership across Brazil’s middle and lower middle classes is about one third and rising fast. 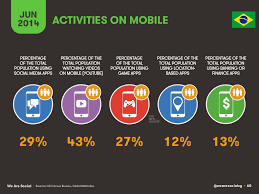 In 2014, Brazil ranked #13 globally for time spent using a smartphone, with Brazilian smartphone users spending an average 146 minutes daily glued to their devices, Lorenzo Linder, Chief Marketing Director at TIM (a major Brazilian telco) notes, ‘Our smartphone sales used to account for 25 percent of our total sales; this figure is now 60 percent. It’s cheaper to have Internet on your mobile than to pay to use the Web at a cyber café.’

(S)tores are improving the browsing and purchasing experience on their websites, and…consumers are trusting more and enjoying this convenience with several advantages offered by online purchase. 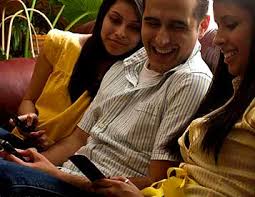 Brazilian online shoppers are also embracing international e-commerce, with a 2015 poll finding that four in ten completed a purchase on an international shopping site. Chinese e-retail websites are especially popular.

In this accelerating environment, Brazil’s digital advertising market is picking up serious pace, after starting from a very small base. Although Brazilian marketers spend on average just 11 percent of their advertising budgets on digital ads, compared with about 20 percent worldwide, the rate of digital ad spending grew by about 30 percent in 2014, the second-fastest growth rate globally.

Technology companies are looking to Brazil as a massive source of both users and revenue. Brazil is expected to add up to around USD76 billion of expected global expenditure in the next couple of years on additional advertisements, surpassing the global heavylifters India, Russia and Indonesia.

Mobile advertising in Brazil ( video and banner ‘display’ ads and search ads, viewed through mobile phones and tablets). is expected to reach amost USD 400 million by 2016, placing Brazil as one of the fast-growing BRIC countries in this category.

Brazilian website design, as with the rest of Latin America, didn’t initially join the global pioneers of this medium. But now it’s more than caught up, bringing Brazil’s rich artistic and design pedigree to produce visually stunning and highly engaging commercial website design for Brazilian and international markets, some of which we’ve showcased in this post. Brazil follows global website design and content trends, with a western visual sensibility that also draws from its own strong visual design and broader cultural heritage for an unmistakeably Brazilian look that resonates with local audiences. 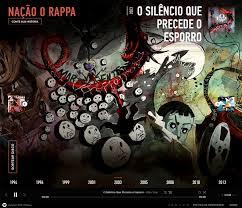 As with other ‘high-power distance’ cultures, visuals and information presented in Brazilian websites generally aim to guide where users should go and what they should know. Popular Brazilian websites encourage group buy-in and loyalty, convey trustworthiness and reinforce their users’ trust through their experience of browsing, sharing information, booking and purchasing.

In digital advertising, most Brazilian campaigns are now integrating mobile and social media elements. So while Flash still has a dominating presence — frustrating for downloading content and smartphone usage — it’s becoming less prominent and HTML5 is fast catching up. Android is Brazil’s most-used operating system, at 70 percent of the user population. 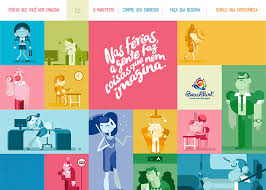 Chat with your in-country contacts about their preferred websites and how they use the internet, to give you a more nuanced picture of the varied Brazilian website landscape. Also get on social media to find out what your Brazilian counterparts, their colleagues and friends recommend!

If you’re doing business across Latin America, there are plenty of other useful websites, like Alexa, Statista, eMarketer, which produce regular updates and great visuals on market data, consumer data, revenues and trends.

Brazil’s complex and exciting digital market is well worth exploring. A little digging will reward your efforts and provide deeply valuable cultural and business insights from a digital lens.

We’d love to hear your comments and questions! To find out how InterMondo can support your communications requirements in an international environment, click here.